Global Commons: The stability and resilience of the Earth system in the Holocene 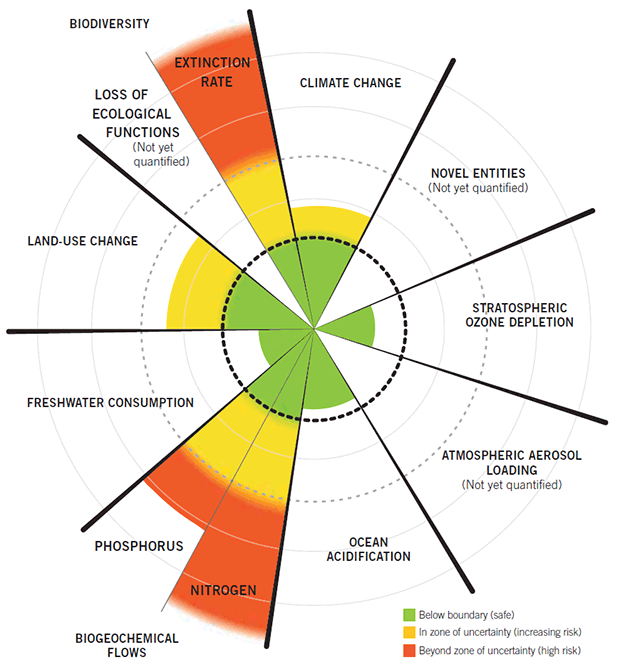 The Global Commons is made up of a complex and exquisite balance between the circulation of materials and energy and biological activities, and once that balance is broken (when the tipping point is triggered), it is irreversibly damaged and will never recovered. This means that the sustainability of our society and economy will be lost forever.

The Planetary Boundary is the concept that identifies the critical nine Earth subsystems supporting the Global Commons balance and indicates their respective limit at which they will be compromised. Already, the boundaries have been transgressed seriously in biodiversity and nitrogen and phosphorus cycle, and climate change and land use change have entered the danger zone (see picture). The Global Commons is in serious crisis due to the massive emission of greenhouse gas and chemicals, development, and overexploitation caused by human activities, and the tipping point at which it will be permanently lost is just around the corner.

We must face up to such e nature of the Global Commons and its critical importance to humanity. Averting that crisis will require decarbonization, reducing chemical emissions, preserving forests and oceans, and removing any key environmental burdens that threaten the stability and self-recovery of our planet.

All of us must fulfill our responsibility to steward the Global Commons, the fundamental basis of sustainability of human society, for ourselves, our fellow human beings and future generations. This means fundamentally changing the current socioeconomic systems on a global scale that cause environmental burdens threatening the Global Commons.
The System Transformations that should be focused on include the following:

These system transformations require the mobilization of a variety of social drivers (Action Levers). For example;

CGC will explore the potentials of these system transformations and social drivers, and collaborate with various stakeholders to realize them. 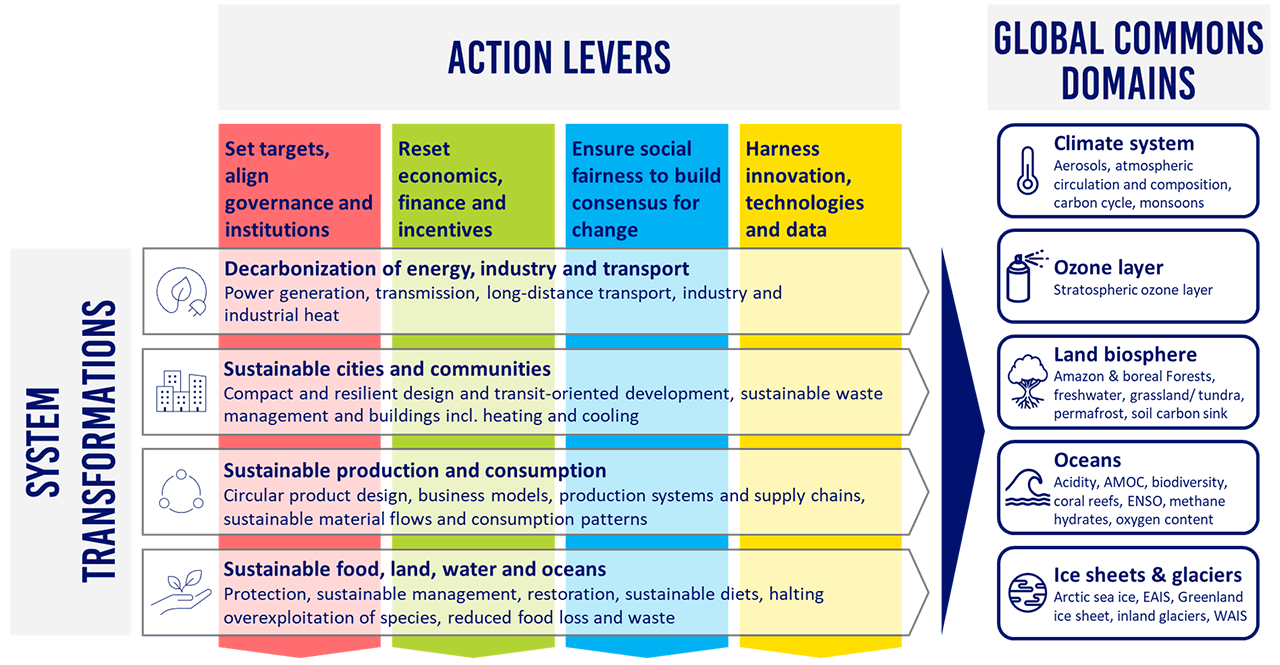 Note: The Global Commons is “Stability and Self-Resilience of the Earth System in the Holocene”, but here we present six key parts that support it.